How To Say No

Saying no is hard for most people. It’s also one of the most important things you can do. Learn how to say no confidently and feel good doing it (even if you’re a people pleaser).

Pam: [00:06] You’re listening to Not Bad Advice where our goal is to offer perspective that helps you improve one aspect of your life at a time.

[00:32] I’m a people pleaser, and I genuinely want to help people when they ask me. That’s a dangerous combination because it leads to me saying yes to things that I shouldn’t. Then I end up in situations where I’m doing things that I don’t want to be doing, or I’m putting too much time into projects that don’t pay enough to be worthwhile.

[00:58] Ultimately that leads to me not being able to do my best work on that project, and maybe even negatively impacting other projects that I do want to work on, which in the end is disappointing for everyone involved. So by being a people pleaser at the beginning, I’m actually letting people down in the long run.

[01:17] It took a long time for me to put that together and to learn how to say no at the right times. And this topic is evergreen, but I wanted to discuss it now because as we’re – in the U.S. at least -starting to come out of the pandemic, there are going to be a lot of things that you might find yourself being asked to do that you don’t actually want to do, or aren’t ready to do yet. So we’re going to give you tips on how to say no.

[01:49] Everyone has things that are hard for them to say no to. I gave a few examples of mine, and I’m sure you can think of some for you, CK.

CK: [01:56] Oh, yeah, definitely. I have trouble saying no to a lot of things – from social activities to helping others with projects that I have a lot of interest and knowledge in.

[02:21] You want to help people. And you want people to like you, that’s a normal need that’s rooted in our survival instinct. But if you didn’t see positive examples of having boundaries from your parents or other role models, having your own boundaries can make you feel guilty. Like you’re rejecting people.

[02:40] We say yes to avoid feeling guilty. But saying yes, when you want to say no leads to resentment. And guilt fades, but resentment grows. So if you’re not comfortable saying no, you’re probably also not comfortable asking for things.

[03:00] This may make you think the person asking you for something, went through a lot to ask you for it. And that might be true, or it might not be, you can’t assume what they’re thinking, and you’re not responsible for their feelings anyway.

[04:07] Getting comfortable saying no and having boundaries relates to how much you value yourself and your time, which all comes down to feeling like your worth is tied to how much you do for other people. We just did a three-part series on unworthiness. So go back and listen to those to help you shore up your self-worth, so you feel like you’re allowed to say no.

[04:30] So CK after hearing all of that, does that change how you think about when you do or do not say no?

CK: [04:37] Well, I was just thinking that my issues with say no came down to FOMO and self-assertion, but now I’m realizing that those things go even deeper and maybe that they are indeed derivatives of not letting people down.

Pam: [04:54] Yeah, I can definitely see that. especially with social obligations or work, or even in our relationships, there’s always things that maybe other people are asking you to do and you want to help everyone. You genuinely do. I see you, you want to be able to do everything and you think that you can do everything.

[05:25] If your default has always been to say, yes, you have to build up your no muscles. And the only way to do that is by getting reps in. If you know you’re going to need to say no to someone, and it’s going to be difficult for you, practice what you’re going to say over and over. Say it out loud so you can get comfortable hearing it. The more you rehearse it, the easier it becomes.

[06:12] Just be firm and clear. Don’t leave the other person wondering if you really said no, or if they can just ask in a different way. If it’s something you never want to do, like getting coffee with a creep, just say no. Don’t say that you can’t do it at the time they suggested, or any other excuse like that. They’ll just ask about another time.

[06:50] If someone asks you for something and catches you off guard, it’s Okay to say, let me think about it, so you can craft your “no.” You don’t have to give them an answer on the spot and get pressured into something you don’t want to do.

[07:05] And a big one for me, since most of my communication is done over email rather than in-person or on the phone, is to say no quickly. If someone asks you for something via email, you have time to think it over, which is great, but the longer you think about it, the more likely you are to talk yourself into saying yes, because it feels easier even though it’s not in the long-term.

[07:29] Remember what I said earlier about guilt fading and resentment growing. When you get tempted to say yes, even though you know in your gut that you shouldn’t, think about all the times you said yes, when you didn’t want to and relive how those things turned out.

[08:05] You can also think about the opportunity cost of saying yes. What won’t you be able to do if you spend time on what you’re being asked to do instead? You have to keep your time and capacity in mind. Not only could you miss out on doing something that’s important to you, but remember that if you say yes, when you’re not actually capable of delivering or don’t want to deliver on your agreement, you’ll be letting people down more than you would if you just said no.

[08:36] Finally, if you want to say yes, but the timing or circumstances are wrong, come back with a counter. You can say, “I can’t do what you’re asking, but I can do X,” or “Thank you for thinking of me, but my rate for projects like this is X… if that’s doable, let me know and we can discuss.” Remember that everything is negotiable.

[08:58] And if it’s something you actually can’t say no to, but you also can’t deliver on – like an unreasonable request from your boss or a client – put the request back in their court. You can say, “if you want me to do X, then I can’t do Y” or “I can do X for you, but it will require that you do Y” and then let them make the decision.

CK: [09:27] Oh, just that this episode is a perfect encapsulation for what I call CK’s rule number one for function forward living . and that’s just what I call it. I don’t know how to finalize it yet, but I figured I might as well document it here.

[10:48] So we have to remember that there’s always two directions in an interaction.

Pam: [11:28] The tarot card I chose for today’s message is the four of cups. The imagery on this card in most versions shows a person looking at three cups while a fourth is being offered to them. The cups’ suit is associated with emotions and ingrained behaviors, like saying yes to people to avoid uncomfortable feelings.

[11:59] Depending on your situation and why you’re saying no, you can consider two different scenarios with this card. In the first scenario, the person has everything they need with the three cups they already have. They know that if they take the fourth cup, they’ll have too much to deal with. They know they need to say no to what’s being asked in order to stay happy and balanced with the three cups they already have.

[12:51] No matter what your situation is, the message is to say yes to what supports and nourishes you, and to say no to what doesn’t. The more you do that, the more comfortable you will become doing it, and the more you’ll attract the opportunities that you want to say yes to.

[13:14] If you find yourself thinking, “Hey, that’s not bad advice” while listening today, we’d love it if you share the episode with your friends and rated it in iTunes.

[13:29] To find us on other platforms, visit ForcesOfEqual.com/Advice. There, you can also contact us if there’s something you need advice about. We’d love to hear from you. 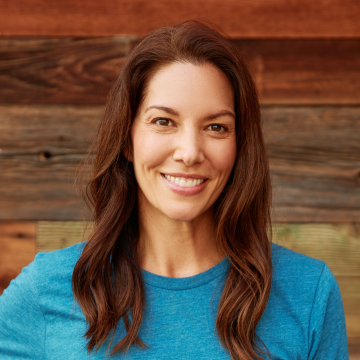 How To Have Grit To Control Your Thoughts And Persevere

Everyone has thoughts that hold them back and reducing the impact of those thoughts is the most important key to achieving your big goals. If you can’t get out of your own way, it won’t matter how many opportunities you’re offered. Learn about the last two types of grit that you need to maximize your potential, the grit to control your thoughts and the grit to persevere.

How To Train Your Weaknesses

We’ve all got things we’re not good at. Identifying the ones you should care about, letting go of the ones that don’t matter, and getting better at the ones that do is the secret to big breakthroughs. 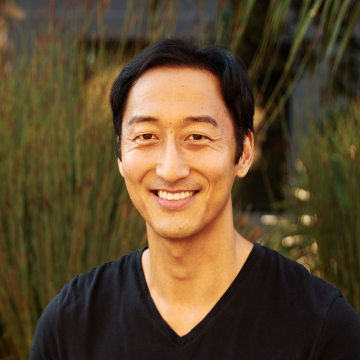 Discover how a couple overcame the hidden struggles of poorly-understood mental health issues. 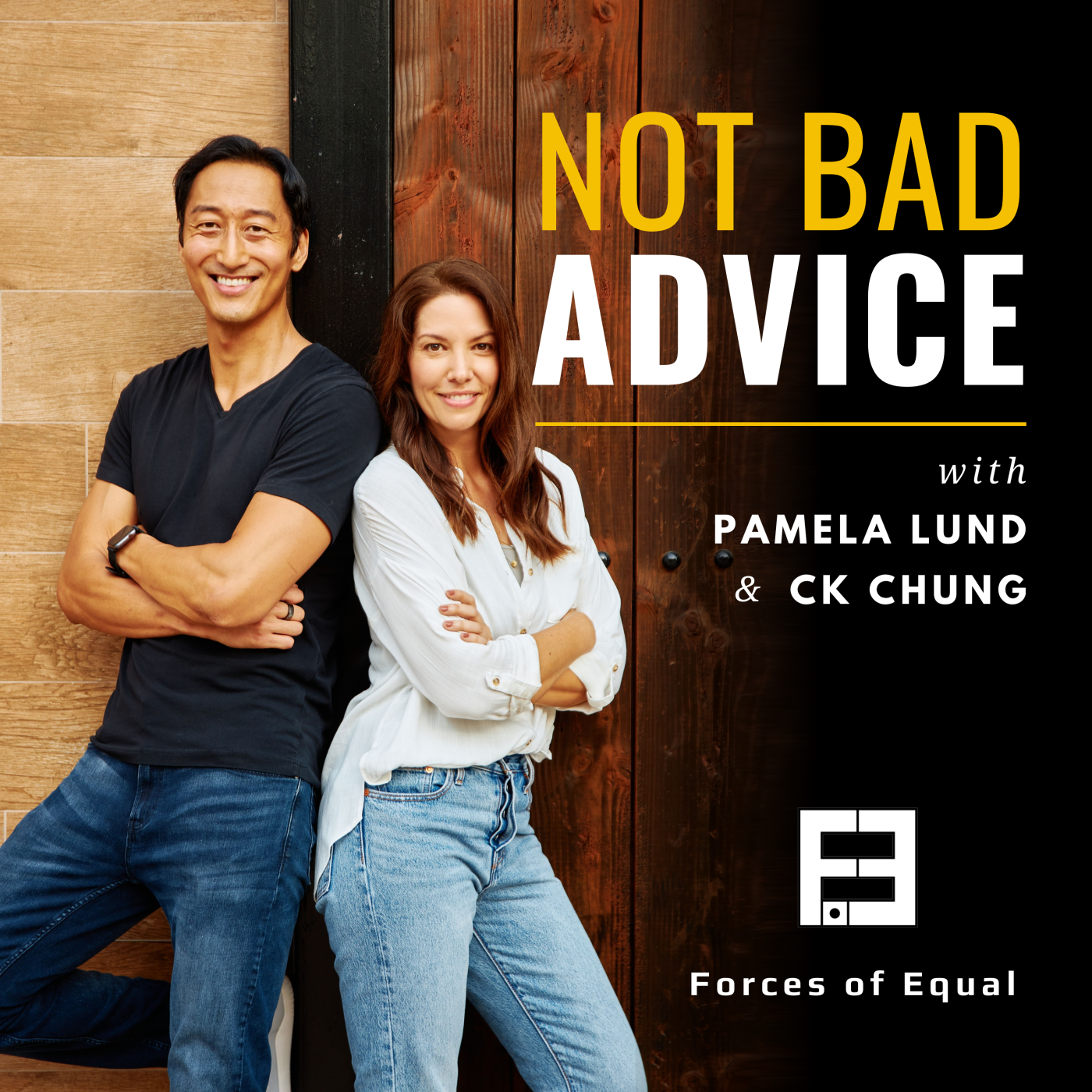